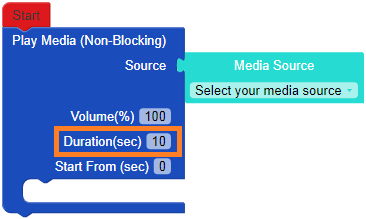 Children blocks will run within duration set on parent block.

If children blocks are running half-way when duration set on parent block has completed, Zenbo will stop the action currently performed. 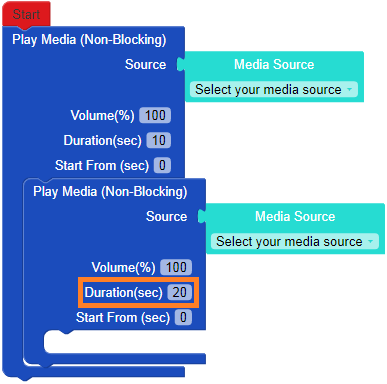 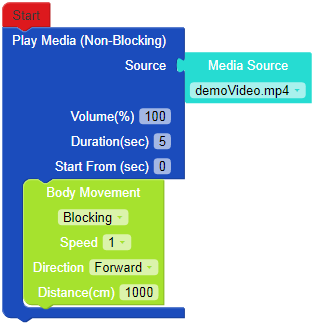 Screen Output
If after the video has finished playing, and there’s still time left. Screen will show the block that uses screen (eg. Face Expression, Take Picture, Show Picture, etc.). If no other blocks that requires screen, screen will be Zenbo default face expression.

These blocks will only run after video file in parent block has finished playing and there is remaining time. 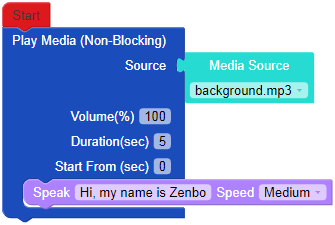 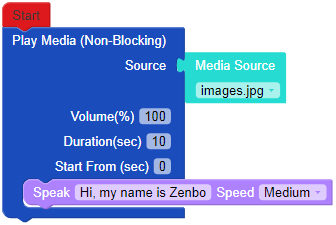 These blocks will not run at all.

Here is the scenario of the blocks arrangement. Refer to next slide for block execution behavior.

How the block runs

Instead of following the sequence how they were arranged, they will be arranged based on output and run simultaneously. However, there are other rules that might affect this behavior. 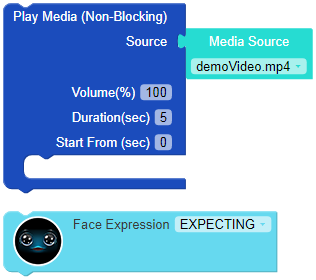 Under Screen Output, there is Face Expression aside from Play Media.

If the video file duration is shorter than 5 seconds, the remaining duration can be used to show Face Expression.

If the video file duration is/more than 5 seconds, the Face Expression will not be shown at all.

If there are blocks that is set to “Blocking” type, the blocks below will not run until that block can be run.

In this case, run the blocks as below: