Zenbo is an emotionally expressive child, He's never afraid to show his emotions with his wealth of facial expressions and agile body. Zenbo never hides his feelings, and he smiles when he's happy and he shows his innocent frown when being yelled at for doing something bad. Being honest and direct pretty much sums up Zenbo's emotional expressions. 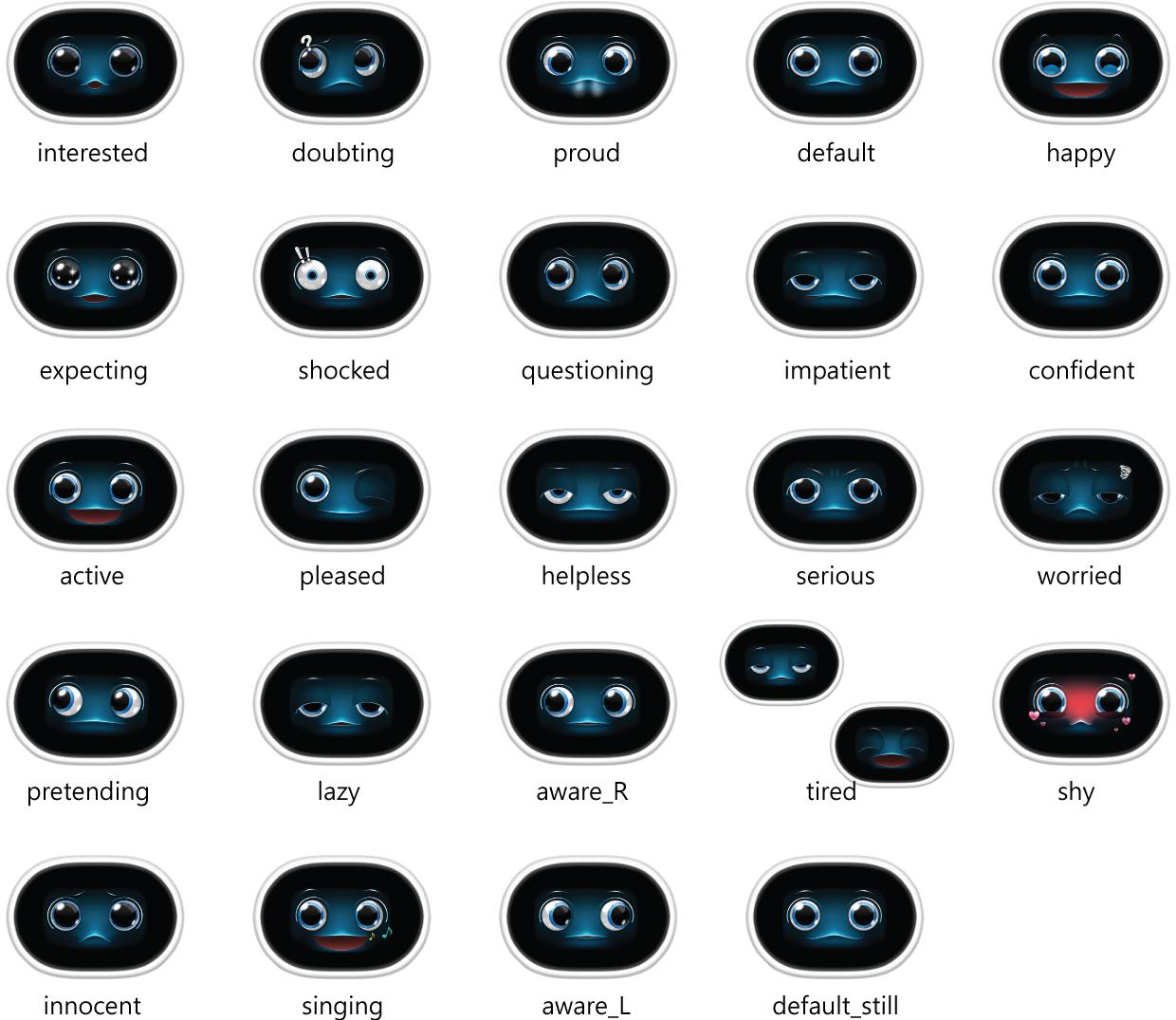 Zenbo loves to show emotion with his flexible joints!

Developers of the Zenbo platform can take advantage of preconfigured basic movements, combine them and produce more complex sets of motions that reflect Zenbo's rich emotions.

Movement and rotation
Being able to move freely about is regarded as one of Zenbo's most desirable features! Zenbo's developer can let the user designate at will which room Zenbo should move to, or which person Zenbo should go and find. These functionalities are built on top of the SLAM Map and the ability to recognize family members. Therefore, before instructing Zenbo to move around, make sure that these prerequisites have been met.

When moving and rotating, please note the following: